Get a free quote »

Get in touch (only whatsapp messages) 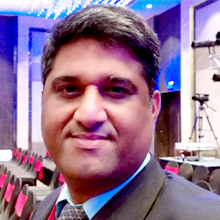 Ritesh Bhatia is a well known Cybercrime Investigator and Cybersecurity and Data Privacy Consultant with an experience of 20 years in the cyberspace. He is a two time TEDx speaker and a Certified Fraud Examiner from ACFE, USA, and is popularly known for his cybercrime Investigations. He has been successful in solving many cases for large corporates, organisations, law enforcement agencies, celebrities, and individuals in India as well as abroad. One of his most successful cases on busting a WhatsApp group that was circulating child sexual abusive material was well appreciated not just by the Indian police but also by Interpol. Ritesh also played the role of his real-life self as a cybercrime investigator in MTV's award-winning show - MTV Troll Police.

He is on the board of many companies, serving as a cybersecurity consultant and auditor. He has been instrumental in securing systems and critical business information from cyber attacks. His key areas of interest include Cybercrime Investigations, Infrastructure and Data Protection, Security Audits, Risk Assessment, Business Continuity, New Age Cybercrimes, Dark Web and Digital Forensics. His views on trending cybercrimes and cybersecurity have been published by many national publications including Times of India, Indian Express, Hindustan Times, DNA, Mumbai Mirror, Mid-day, The Week, Open Magazine, and many other regional newspapers . He frequently educates citizens of the latest in cybercrime on radio channels such as Radio Mirchi, Radio City, Big Fm, etc and also on national television channels such as NDTV, ET Now, Mirror Now, CNBC, Zee, Aaj Tak, NewsX, etc. He has also been interviewed by international media houses such as BBC and Canadian Broadcasting Corporation.

Ritesh has been a very sought after speaker to discuss issues related to new age cyber crimes, the dark web, mobile security, data privacy, cybersecurity, and prevention. He has also been a distinguished speaker at over 100 national and international conferences. He is a well-known trainer and has trained employees of many small and large organisations including RBI, Anti Narcotics Cell, Economic Offences Wing, Indian Air Force, State Police, leading corporate houses, national and international banks, schools and colleges. Some of his well-known clients include SBI, TransUnion Cibil, Mashreq Bank, Larsen and Toubro, Future Group, Reliance Industries, Canara Robeco, ITC, Byjus, Asian Paints and many more.

Along with his partner, Nirali Bhatia who is a cyberpsychologist, Ritesh has formed an anti cyberbullying organisation called Cyber B.A.A.P. which stands for Cyber Bullying Awareness, Action and Prevention.

- As seen in newspaper |


I have known & worked with Ritesh Bhatia for the past 20+ years. He is always eager to help, honest & a lovely person besides being very knowledgable in whatever field he chooses to be in. He has designed & maintained my websites & now that he is in cyber security he is very helpful in how to keep safe online. I am very impressed at his going from strength to strength.


Ritesh Bhatia is not only a renowned cybersecurity investigator but also an inspiring speaker who believes in taking everyone along. His knowledge and willingness to keep learning makes him an expert in his subject. Kudos!


Got to know Mr. Ritesh Bhatia at the time when I was going through major crisis. He helped me out in all possible ways and chased the case until end. His immense knowledge in cyber crime cases and the zeal to solve them is what sets him apart. Takes immense pride to see his contribution in reducing cyber trolls and making a difference to the society.

Not For Profit Organisations